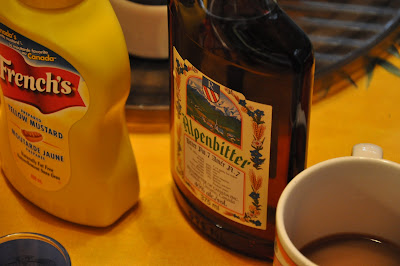 Made in beautiful Grimbsy, Ontario, this flavourful 'digestive', or 'digestif' as I'm told by Nick, is an ancient blend of 11 alpine botanicals and herbs, made from an ancient Celtic Druid recipe. Which means it tastes like Jagermeister mixed with mouthwash.
Several hours of Talisman followed.
TIFF 2010
I attended some films at TIFF.
Legend of the Fist: The Return of Chen Zhen - Not a very good film. I have since watched The Legend Begins: Ip Man, and that film is 100 times better than Donnie Yen and Andrew Lau's cheap Bruce Lee/Jet Li imitation.
13 Assassins - Read my review of it here. I thought it was absolutely spectacular.
Red Nights - This was sort of like an old HK Cat III films made as a Giallo. The two french guys who made it also wrote Running Out of Time, so they have obvious Johnnie To cinematic tendancies. Regardless of the fact that Seppuku Paradigm did the soundtrack and Sebastien Prangere edited the film, it still looks and feels like a Milkyway Production. Regardless, very atmospheric and entertaining.
I Saw the Devil - Wow. I love Choi Min Sik and Lee Byung Hyun more as time goes by. This film doesn't have the emotional depth of my favourite Kim Jee Woon film, A Bittersweet Life, but its pretty visceral and intense, and between the two leads and some outstanding cinematography, you don't need another reason to watch this film. Unless you want to see the best achilles tendon mutilation since Pet Cemetery.
Detective Dee and the Phantom Flame - Tsui Hark seems to have forgotten how to make entertaining and coherent films with emotion and depth. The last film he made that really struck me was Time and Tide. That was 10 years ago! Andy Lau cannot save this film from its trite shortcomings. It feels one of those wuxia TV productions that are edited down from 25 hours to a 2 hour film for a DVD release here. I know Tsui Hark is embracing the digital era and using high definition cameras and CGI, but some of this film looked like shit. I want to be excited about his remake of Dragon Gate Inn, but this film doesn't generate any kind of confidence.
The Butcher, The Chef and The Swordman - This film was a good followup to Detective Dee because it was a Chinese period film made like Ashes of Time or The Blade, so it was sort of refreshing. Some of it was very funny and original, some of it not so much. And it really wasted the talents of Xiong Xin Xin, who was the films fight choreographer, although you'd hardly know anyone choreographed anything.
Bunraku - This film had a lot of imagination and a visual style that at times makes your jaw drop. Unfortunately, its marred by some of the worst voice over since 300. I give props to Josh Hartnett for his mad boxing skills, and the Oldboy inspired tracking shot of Hartnett going floor to floor knocking out bad guys was pretty cool. One question: why was Demi Moore in this film?
Cold Fish - Visceral doesn't even being to describe Sion Sono's follow up to Love Exposure, and the first film from Sushi Typhoon which is actually outstanding in all respects. This is more Sono ala Strange Circus, with a Edogawa Rampo inspired fusion of sex and violence that is rarely seen this side of the seventies. I had no idea that was Asuka Kurosawa until the credits rolled.
at 4:21 p.m. No comments:

Legend of my Fist

Two months since I last posted. A new record. In this span of time:
Confessions of a Dog - A shot and edited an interview with director Gen Takahashi, as well as the Q and A after the film and a panel discussion, all led by the wonderful Chris Magee, and all of which will appear on the British DVD release of the film by Third Window films. And its also an amazing film.
Bluebird - Shooting, shooting, shooting. Its only been 16 months since we started shooting, so thats not too bad. Ha ha ha. Its morphed into something that is so incredibly different from what I originally envisioned, but at the same time, its still the same fame. Wierd. Cliche to say this, but its become its own organic, living creature. I am helping to guide its evolution, shaping it, morphing it, but its growing in ways I couldn't have possible imagined. And at the sametime, things I thought would have developed naturally have died horribly or have never even seen the light of day.
TIFF - Yes, the worlds greatest film festival starts this week. Which means work gets stupid busy as everyone wants to shoot Brad Pitt wiping his ass, but also, it means lots of wonderful movies. So what am I excited for? More than anything, Legend of the Fist: The Return of Chen Zhen, followed closely by I Saw the Devil and 13 Assassins.
I'm sure more things have happened this summer, but, I can't remember. Oh, my lungs hurt. Oh, and I have a handle bar moustache. But mostly, right now, my lungs hurt. Which isn't really possible, as they have no nerves, but I can still feel it. My workout routine is thrown off. Just when I'd gotten into running through Sherwood Park and visiting Tony Orton on a regular basis, as well as doing my own martial arts thing. I need to start going back to kung fu class.